Skip to main navigation Skip to content Skip to footer
Learn more about SARS-CoV-2, the virus that causes COVID-19

How C. diff Has Rapidly Adapted to Maximize Transmission

A recent study profiles the genetic history and recent adaptations of Clostridioides difficile (C. diff) and shows how current disease-causing strains have adapted to the modern healthcare system and are primed for transmission. We provide some thoughts on this study and the implications for healthcare providers.

You may have seen recent headlines such as “Clostridium difficile Loves Sugar and Resists Disinfectant,” “Diarrhea-Causing C. diff Bacteria Adapts to Improve Spread in Hospitals,” and “C. diff Bacteria Has Another Strain.”

These news stories were reporting on a recent study published in Nature Genetics that sheds new light on how Clostridioides difficile (formerly Clostridium difficile, or C. diff) strains have evolved and adapted to environmental and human conditions over many years. Here we provide a brief summary of the findings and discuss the implications for healthcare.

The Findings: A Historical Account of C. diff Evolution

In the study, researchers at the Welcome Sanger Institute in the UK set out to understand more about how genetic adaptation to rapid environmental changes has influenced the rapid evolution of C. diff and is quickly leading to new, more life-threatening species.

The researchers used modern genetic tools to recreate the evolutionary history of C. diff, which showed that the species first appeared around 13 million years ago and split into two distinct groups — known as “clades” — around 400,000 years ago, based on their very different evolutionary strategies. More importantly, the researchers were able to show that around 76,000 years ago species in Clade A began to rapidly evolve based on changing environments, while the evolution of species in Clade B remained in low gear.

A key evolutionary leap began around 1595, when species in Clade A developed the ability to grow and thrive on simple sugars, such as fructose and glucose. This adaptation coincided with the increase in the consumption of sugar from the New World.

Traditionally, C. diff primarily metabolizes protein as strains in Clade B do. But the researchers found that the ability to metabolize readily available simple sugars led to the acquisition of three superior competitive attributes compared with Clade B strains. These include:

The end result is that the combination of these three factors has essentially primed Clade A for rapid and successful transmission among humans in the modern healthcare system. Strains in Clade A have acquired a robust toolbox of genes that enable them to adapt rapidly to the changing healthcare environment.

Proof of this comes from studies of the increasing abundance of Clade A strains — 69 percent in the US, 74 percent in Europe and 100 percent in China — among all infecting C. diff strains in health facilities around the world. Because Clade A strains can quickly adapt to every emerging niche, from home to community to healthcare facilities, this study also argues that Clade A of C. diff is on the cusp of splitting into new species that are well-adapted to ever-changing environments.

How Healthcare Professionals Should Respond to These C. diff Findings

First, with regards to environmental disinfection, current EPA-approved products will still be effective at inactivating C. diff spores on hard nonporous surfaces. The concentrations of the active ingredient in these products — for example, 5,000 ppm sodium hypochlorite — provide overpowering bactericidal effects that cannot be countered by enzymatic adaptations. More importantly, the current C. diff strain used in EPA-approved testing is a well-studied strain from Clade A.

Second, clinicians may want to consider use of low glycemic diets for people at risk for CDI; in fact, a change in diet to reduce sugar consumption would be a good option to help to decrease population susceptibility to CDI. Low glycemic diets for those being treated for CDI could also help to shorten the course of the disease and improve the success rates of treatment. Overall, reduced levels of spore expression would benefit all of the stakeholders in this battle.

Overall, healthcare professionals should continue to focus on finding novel strategies to break the cycle of C. diff transmission, and this study provides some insights into what some of these strategies could look like. 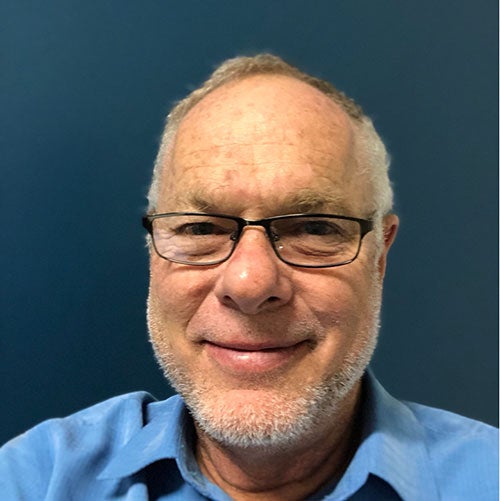 Bill King is a Strategic Research Fellow for Microbiology at The Clorox Company where he leads a team of talented microbiologists in testing and developing new disinfection technologies in the battle against HAI’s and antibiotic resistance. During his tenure, Bill has helped improve methods for testing disinfection efficacy, from recent improvements in C. diff to the next generation of EPA methods for evaluation of disinfecting wipes and sprays. Bill has also partnered with government labs, leading Clorox to be the first company to test and validate efficacy of products against the actual epidemic strains of both MERS-CoV and Ebola.

Bill received his Bachelor of Science in Genetics and Microbiology and Master of Science in Food Microbiology from the University of California, Davis. He later earned his Master of Business Administration from Saint Mary’s College. Bill’s formative research was in the emerging science of agricultural biotech, using microbes to elucidate the mechanisms of nitrogen fixation and carbon assimilation. And drawing on the competitive advantage theories of Michael Porter helped inform Bill’s later interests and successes in microbiology entrepreneurship.