Candida auris (C. auris) is receiving national media attention, and was a hot topic at the recent SHEA 2019 and APIC 2019 conferences, where infection prevention researchers discussed how to control and prevent potentially deadly and costly infections caused by this healthcare-acquired fungus.

C. auris is top of mind for healthcare facilities because of continued outbreaks and difficulty in controlling and preventing C. auris infections. This threat is particularly concerning because of the emergence of multidrug and panresistant strains, difficulty in properly diagnosing infections, long colonization time, and because it can be difficult to kill with surface disinfectants.

C. auris was first recognized as an emerging threat in 2009, and infections have been reported in more than 20 countries since that time. In the U.S., infections have appeared primarily in New York, New Jersey, and Illinois. But, previous pathogen outbreaks have spread quickly across the U.S., and it is likely that C. auris will follow suit.

From a surface disinfection standpoint, C. auris has been shown to persist on environmental surfaces for at least seven days (some sources have suggested up to 30 days), and shared and mobile equipment have been implicated in the spread of this pathogen in healthcare facilities.

There are currently very few disinfectants that carry claims against C. auris on label. Because of this, the Centers for Disease Control and Prevention (CDC) currently recommends using a disinfectant with a claim against Clostridioides difficile (C. diff) spores. Most of these disinfectants can be found on the Environmental Protection Agency’s (EPA) List K, which is a list of registered hospital-grade disinfectants effective against C. diff spores.

List K currently includes mostly bleach-based products; however, the CDC notes that some alternate disinfectants with other active ingredients like hydrogen peroxide have been shown to kill C. auris, as demonstrated in a recent article published by Dr. Curtis Donskey at Louis Stokes Cleveland VAMC. 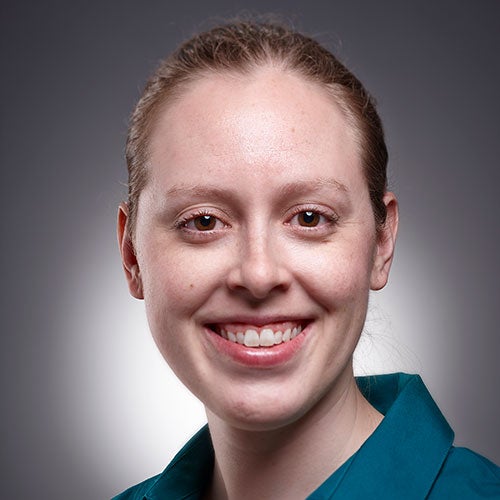 Dr. Katherine Velez is a senior scientist with Clorox Healthcare’s Clinical and Scientific Affairs team where she serves as a technical expert…

Dr. Katherine Velez is a senior scientist with Clorox Healthcare’s Clinical and Scientific Affairs team where she serves as a technical expert responsible for supporting clinical studies and product development for electrostatic spray technology, UV-C, and U.S. Environmental Protection Agency (EPA)-registered manual surface disinfectants. Katherine received her Ph.D. in Chemistry from the University of California, Berkeley, where she conducted research on tuberculosis treatments. She is a member of the Society for Healthcare Epidemiology of America (SHEA), the Association for the Healthcare Environment (AHE), and the Association for Professionals in Infection Control and Epidemiology (APIC).